On Money – and the Stories We Tell About it.

So, what is money?

There are and there have been many different answers to this question–that alone says quite a lot, does it not? There isn’t one correct understanding or definition of money, because money is not an objective reality, a concrete something that exists independent of humanity. The intention of this article is to show that we have the power to make money what we want it to be. That we can harness the collective power of creation–money creation in this regard–to benefit everyone. As I will show, we aren’t making use of this collective power in a very beneficial way at the moment, we are giving away that collective power to a few and in the midst of our giving that power away, we are (and have been) seeing the consequences of that all over the planet.

It always struck me (and continues to strike me to this day) as very strange that this thing (whatever it is) that we call money, that in many ways makes the world go ‘round, is not really clearly understood by a lot of people. On the other hand, how could they understand it? It’s not like you learn it in school, or university, or somewhere after that.

It is well enough that people of the nation do not understand our banking and  monetary system, for if they did, I believe there would be a revolution before tomorrow morning

So, let’s start simple. Money can be a lot of things, but let us look at it in the most fundamental, yet abstract form: money is a social construction, a socio-cultural technology, an agreement, a collective ‘make-believe’– in short: money is a story. I will offer my best understanding of the story, so stick with me, we’ll start with the basics.

But money is much more than its three functions of store of value, medium of exchange and unit of account, or put more clearly: money can be a lot more than the aforementioned functions. Why? Because the only authority governing what money really is and what role it plays in our life is our collective agreement on it. In other words, the story we tell of money. More on that later.

Let’s turn to the question of what money is today, and more importantly, how it is created…and by whom?

Say you go to a bank and want to take on a loan of 100,000€. You talk to the person at the bank and sign a loan contract. You get to have the 100,000€, but you have to pay it back in one year, plus let’s say 5% interest, meaning that one year later you have to go to the bank and pay back 105,000€. This sounds pretty familiar, right? But, let’s look at where the money (the 100,000€) came from, it suddenly appeared in your account, but from where did it come? The answer is, from nowhere. As Prof. Richard Werner shows in great detail (Werner, R. 2014), banks do not take the money from another account, they do not borrow it from another bank, they do not take it from their own vault, they simply created new money – pretty weird, huh?

Let’s fast forward one year and it’s time to pay up. You somehow managed to make some money and are now able to pay the bank the 105,000€ owed. The 100,000€ (that were created out of thin air) disappears and is canceled out on the books (it never was more than an accounting entry to begin with), but the extra 5,000€ coming from the interest rates don’t, they are the bank’s profit. Charging rent, or what is often called being an ‘economic rentier’ is a relatively new development (by the way: debt is much older than money, money came out of debt, not the other way around). According to archaeological findings, the first records of interest-bearing debt is found roughly around 2,500 BCE. In most cultures charging interest for a loan was considered to be, and still is, extremely rude, immoral even. And, until the late Roman times, it was well understood that in order to maintain a certain economic balance, social justice, stability (and even peace), debt had to be canceled every once in a while. Debt cancellation was very normal (for further reading see “Debt – the first 5000 Years” by David Graeber or “And Forgive them their Debts” by Michael Hudson).  But, let’s get back to our present time and the subject presented above: Banks profit from their function of creating new money and lending it.

For what? It’s not like the bank would actually lose something if the debt isn’t repaid. Collectively we still overwhelmingly act like the bank actually loses something when debts aren’t repaid, and this narrative is kept up by the mainstream political, regulatory, journalistic, and societal discourse. This is where we start to see the inherent flaw of our banking and monetary system. The bank didn’t actually do anything special, they’re mostly privately owned, profit-oriented businesses that just happened to have a banking license (not easy to get these days), which enables them to create money out of thin air in the form of debt and make money by doing so. This is commonly referred to as fiat money. ‘Fiat’ is a Latin word meaning something along the lines of ‘it shall be’, it is, therefore, that in the Book of Genesis it is said that God made light, “Fiat Lux” he said–”Let there be light”. This godly power somehow ended up in the hands of the banking sector, slightly altering the spell to “let there be money”. Does it seem logical to put the power to create and allocate (distribute) money in the hands of privately owned, profit-oriented institutions?

So, money today is mainly created through debt + interest. Let’s think this through: the money you owe a bank is always more than the money you actually got, and on a grander scale, the money in circulation is, therefore, always less than the amount of debt. Why? Because of the ‘+ interest’ part of the equation. There is always more debt than money, which means, there are always more people in debt and having to come up with some way of repaying the debt, in order to survive (systemically the answer is often to take on more debt, on a micro and macro level). Do you see what is, for the lack of a better word, fucked up here?

How do we want to implement this most powerful socio-cultural technology that we call money? What story are we telling here? Is this story serving us? Is this story a story that will help us create a future on this planet that is worth living?

You see, the fact that extra money required to pay back the debt plus interest is the reason that the economy has to continually grow. The supply of money must increase in order to pay up. Charles Eisenstein has done a wonderful job in explaining the implications of this fact:

[…] because of interest, at any given time the amount of money owed is greater than the amount of money already existing. To make non-inflationary new money to keep the whole system going, we have to breed more chickens — in other words, we have to create more “goods and services.” The principal way of doing so is to begin selling something that was once free. It is to convert forests into timber, music into product, ideas into intellectual property, social reciprocity into paid services.

This very mechanism systemically drives us to think of some way, of some business idea, of any means possible to make more money – just to keep going. Yes, some of those ways are actually benefiting people, some of those means actually improve the overall quality and appreciation of life for everyone, but if we’re honest, most don’t. Just think of all of those things once free, belonging to everyone within the band, culture, society, Earth–like poetry, like great literature, like music, like childcare, like water, like food, like basic resources. Charles Eisenstein shows very clearly that all these things that are subject to monetization, because of the inherent drive of our present monetary system – because of the present story we tell about money.

What could money actually do for us? Why is money seen as a source of so much evil and not as a source of inherent good, a force for positive change, and a symbol for an abundant life for everyone? It certainly does not have to be the way it is today. Let’s remember the very obvious fact mentioned at the beginning of this article: money is a socio-cultural technology– money is a story.

The story is ours to tell. Let’s tell a better one.

… to be continued, expanded upon, and refined.

Without the hard work and masterful writing, lecturing, and explaining of many who have immersed themselves much deeper and long before me into this topic, I would not be able to write this article or know the little I know now. I’m just someone who likes learning and finds great joy in writing about them – occasionally putting them into my own words. The list below mentions only the tip of the iceberg. 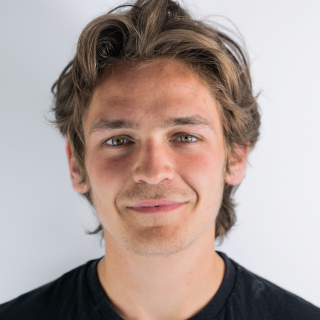 Trying to find out what I'm really about